Sync (Entertainment) on your phone or Android TV

Is anyone else using the LIFX Z Light Strip in Combination with a Nvidia Shield TV Pro and having some strange behavior? The Ambilight often reacts too quickly/fast, even on the lowest intensity settings.
Sometimes it also recognizes colors in places where there is just black.
Is there anything we can do about the black detection/general border of picture recognition + an additional lower speed? And something like a manual color calibration would be great, they are sometimes kinda off!
So do not misunderstand, the general experience is still very cool, just not quite soo perfect. But it can definitely become, if you still turn the 2-3 small screws

Thanks for all the hard work!

Thanks for the feedback. If you have a specific video or so which does not appear to sync how you want, please let me know. Or maybe you can send us a short video of your lights syncing in a situation you think can be improved. You can send a video to support@hueessentials.com.

There is currently no way to manually configure black bars. Hue Essentials should work correctly with black bars, but us mentioned above please let us know if it is not working as expected for you. 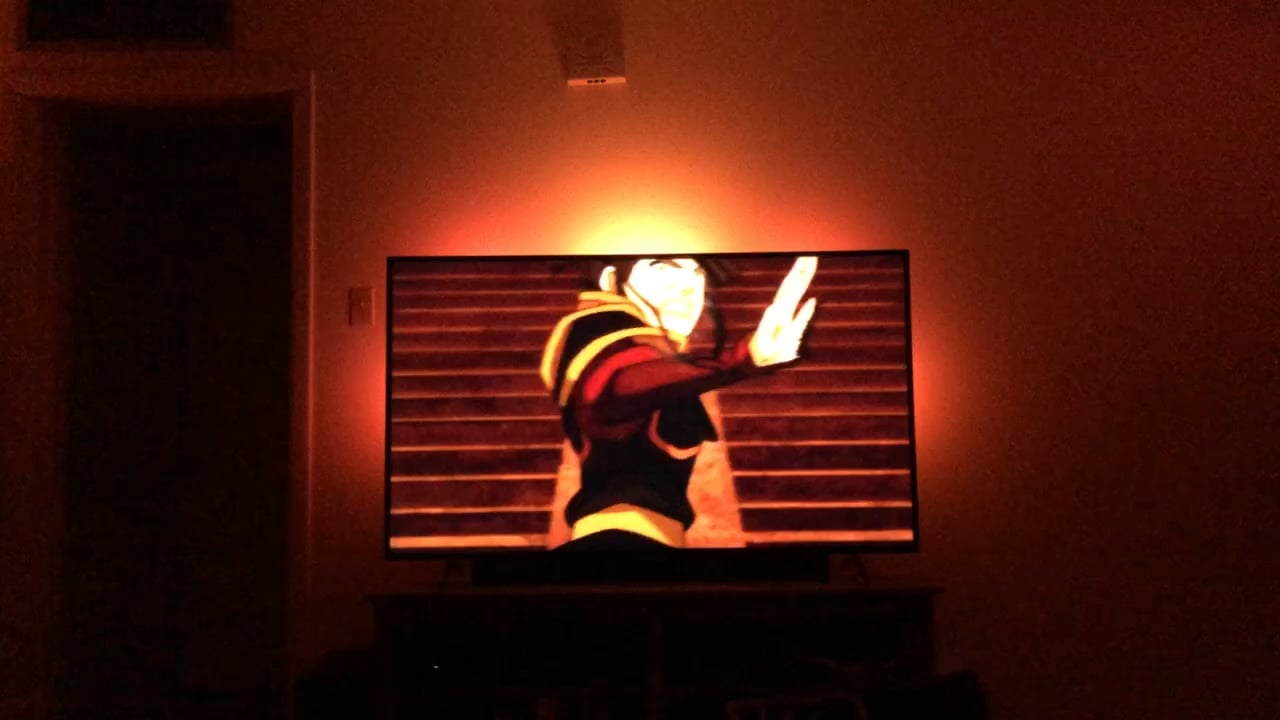 Lower speed would be much more better imo. Also will you add Dolby Vision support? Because colors mismatch

I’m complete newbie to Hue Essentials and bought it for a number of reasons, all of which are as expected except the Sync feature. I was not expecting it to appear to be a wrapper around the Philips app functionality and limited to a small subset of Zigbee bulbs/lights. This is no better than the basic Hue app with the addition of capturing cideo direct without the need for an expensive HDMI box.

I do understand the reputational risks involved in allowing any old Zigbee lights to be driven, slow reponses, wrong colours etc. but if that is a choice by the developers and not an underlying Hue API then perhaps there could be a “Caution Here Be Dragons” tick box to allow paying users to test the risk for themselves?

My lastest light set-up is based on Gledopto “Pro” controllers (which claim somewhere online to be much faster responding then the original ones) and while these are nowhere near the performance of Hue they are vastly cheaper and my intention when using then was not for media controlled lighting but more atmospherics. The are embedded in shelving, not behind the TV. The ability to also try them for content driven lighting would be nice.

And what turns up in the new release (1.21) but support for “other”, great thanks. Just one problem - workjs great on my phone but on the nVidia Shield I cannot leave the room setup without the app exiting.

I guess it crashes in setting up your entertainment area. After selecting your lights, do not use the left button on the remote to edit the positions of the lights, but please go down the list of your lights, and tap on Edit Entertainment Area. That will bring you to the left part of the screen. Now it should not crash anymore when you use the back button later on.

I will make a fix for this button bug.

I will try that in a moment. It only happens after I have added non Hue bulbs.

Update: Also, I get bridge errors on both phone and nvdiia when trying to remove these Entertainment Areas.

Update 2: Yes, your suggestions works. Now, looks like my light strips are much too bright compared to the Hue play bars, perhaps a scale option somewhere for brightness, unless there is a way to do this already?