I have a Phillips Hue sync box and it was working fine when I used my Google Chromecast through it. I recently purchased a Google TV attachment. When I try to run Google TV through the sync box my tv (Samsung 4k) screen flashes on and off continously about every two seconds. If I attach Google TV directly to my TV it works fine. It only flashes when going through the Hue Sync Box. I have also bought a new Google TV attachment and had the same problem. Is there any way to correct this so I can run Google TV through the Phillips Sync box? Is there a setting I am missing?

Hello, please get in touch with Philips Hue for your issue. We did not develop the Hue Sync Box so cannot help you further, unfortunately. You could try changing some of the HDMI settings in the Sync app, maybe that solves your problem.

I contacted the support team but they told me to change the cable I used to connect the chromecast with google tv to the sync box. So I guess he didn’t have an idea what I was talking about.
Have any of you had any luck connecting it

I’m intending to buy sync box but overheard that there were many problems with that box. So I have to wait!

I had the same problem with my google TV device.

The problem was not on the device, but the power on my capturing device (i have a Rpi with usb capture for doing hue tv like) witch was failling.

Perhaps not enough power… I disconnected the usb power and google tv was working fine. Don’t know why… I powered on the hdmi converter and all was fine…

Have a look on this side perhaps

I had the same issue but with my Tv decoder. It worked well, but suddenly started to do what you say with your google tv. Still don’t know how to solve it. 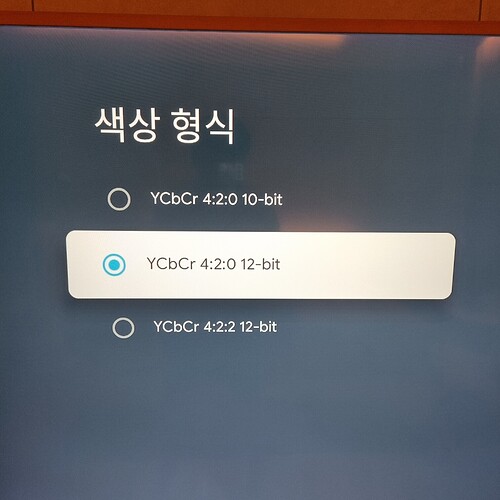 my case is working after change 12 bit.