Hue Essentials would like to add support for the IKEA Trådfri gateway in Hue Essentials on iOS. Apple requires us to provide a statement from IKEA that they allow us to control their hardware and use naming like “for Trådfri”.

We have asked IKEA Legal / HomeSmart many times for this but they have not responded at all. Also, we reached out to @IKEAHelpt on Twitter who received our email but did not come with an answer either. IKEA did not respond to any other social media requests for over a year.

Our message to our users: Please bring this to IKEA’s attention. Here is an example tweet.

Our message to IKEA is simple: Please send support@HueEssentials.com a personal statement like requested in our email below.

we, representing Hue Essentials, would like to get in touch with you, in response to an earlier conversation you had with one of our enthusiastic users (**** ********). We would like to discuss options to get a statement from IKEA Homesmart.

Hue Essentials was founded to control smart homes initially for Philips Hue. Soon after, we added support for other parties including IKEA Trådfri homesmart, on Android. Our user base consists of mainly Philips Hue users but a still increasing group of IKEA fans have found their way to our app. There is one thing that this latter group has in common, which is a deep, almost devoted, love for IKEA. They realised that Hue Essentials offered certain features which they were unable to perform in the official IKEA app.

When we added the Hue Essentials app to the Apple App Store for only Philips Hue, Phoscon gateways, and diyHue, many of those loyal IKEA fans were very disappointed. The main reason we did not add IKEA Trådfri support was that we simply had our hands full on this, to us, new platform. We wanted to stabilise the app first. Within two months we had our first official warning from Apple that they rejected our app updates because we highly targeted Philips Hue and controlled their hardware. After a long appeal process - in full cooperation with and supported by Signify (Philips Hue) - we were able to make a successful continuation.

This was the moment we realised that using naming such as our Hue Essentials app is “for [third party brand]” or it can “control [third party hardware brand]” is not allowed by Apple unless you have written confirmation. Signify provided us with a full statement that they allow us to do so. We then decided to ask the other parties involved to get similar statements on either their website or by personal statement. Unfortunately, our efforts to reach the right person within IKEA failed over the past year.

We would love to activate support for IKEA Trådfri on iOS. We understood you are open to third party development but do not officially support integration of your system. This is no issue to us at all and we do not expect any direct support. We built our Android and iOS app ourselves and have no trouble sorting out how to code this. If any breaking changes occur within the IKEA Homesmart system, we will adapt without your help. If your position would change to the better, we would only welcome this.

Can you send us a statement like the example below? It is important that our app Hue Essentials is mentioned and we are allowed to use naming “for IKEA Trådfri” and control your hardware. We will send this statement to Apple, Google, or Amazon when required.

"To whom it may concern:

We appreciate your help in this matter a lot. It would finally bring a lot of happiness to many of our existing and future users. Furthermore, we will make sure that this topic naming IKEA Homesmart will hit the international publicity greatly. 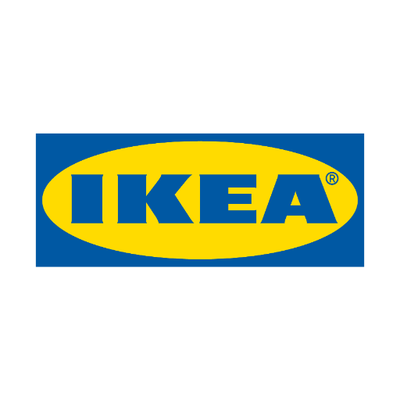 @HueEssentials Thank you for your message. We're still waiting on a response from our team in Zweden. As soon as we know more we'll send you a e-mail with an update. If you've more questions, please feel free to ask. Have a nice evening ✨ ^Twan

IMPORTANT NEWS:
We decided to release IKEA TRÅDFRI Gateway in iOS TestFlight for our IKEA supporters in Hue Essentials release 1.12.0.

All our beta software goes through TestFlight first. The IKEA TRÅDFRI Gateway will not come to our stable release on the App Store unless IKEA provides us with a statement.

Please share your support by tweeting this directly from Hue Essentials when you connect the bridge. We will disable this tweet-option immediately when we receive a statement.

Release 1.12.0 is available on TestFlight.

If you are unfamiliar with TestFlight on iOS, then please see: Join the beta - Try new features before they are officially released