I am trying to configure a most basic configuration - turn on light when motion sensor detects movement. I used Huetro app from Windows store for this configuration - 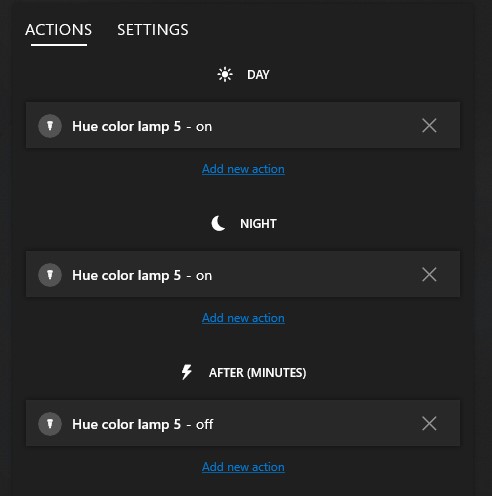 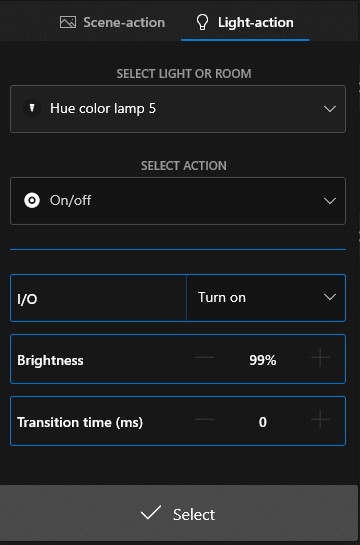 I have checked the app settings, but have not seen anything about that the light should dimm. I have only set the motion sensor to turn the light to 100% when motion, and 0% after one minute of no motion.

I have also checked the settings using Android app, but have still not found any setting that should dimm the light after some time.

When I use that certain light without motion sensor, it stays on brightness that I set - it does not dimm by itself.